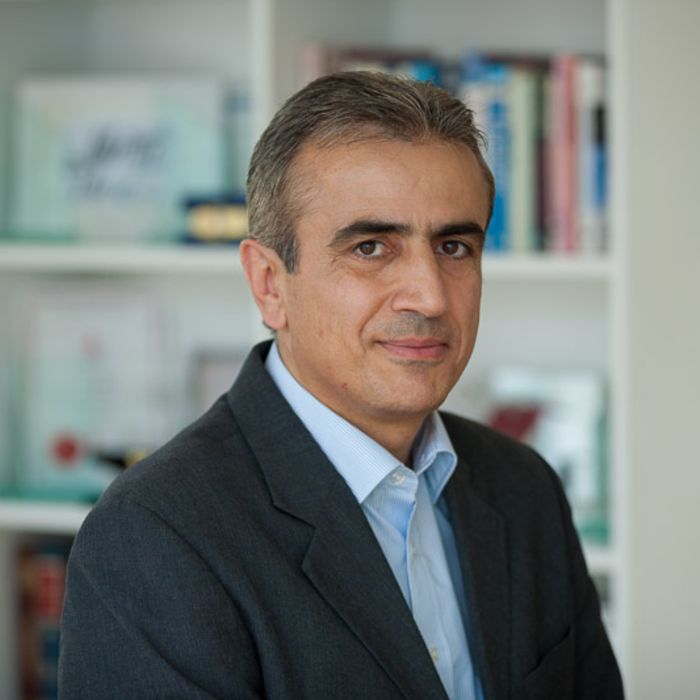 Şekip Topçu holds a B.Sc. in Computer Engineering from the Middle East Technical University of Ankara (METU).
After his bachelor study he worked for several years in Ankara and Istanbul in management positions in IT, but then decided to study further and moved to Vienna where he earned his master’s degree in Computer Science at the Vienna University of Technology, specialising in Artificial Intelligence and Computer Linguistics. After graduation he also studied for two more years as a PhD student in the field of Natural Language Modeling using Artificial Neural Networks. During and after his studies in Austria he worked as an IT consultant in different sectors ranging from banking to telecommunications. In 2000 Şekip moved to Hungary, where he worked at large, mission-critical projects at Siemens and Lufthansa Systems. At Siemens he was involved in a leading role in the development of a platform for mobile operators and at Lufthansa Systems he led the development of the check-in system used by Lufthansa and its affiliates. In 2008 Şekip moved to work for the global financial services company MSCI Barra to lead the development of a state-of-the-art application.

Şekip also pursued a part-time MBA programme with finance specialization at the Manchester Business School, which he finished in 2012. After spending a year in the UK, he moved to Germany to start in his view “the most interesting position of his career” at SONEAN, where he is taking care of SNA related intelligence and technology.

Contact us
Copyright Sonean GmbH. 2021 - All Rights Reserved
Back To Top
×
We use cookies to improve our website. You agree to our use of cookies by closing this message box or continuing to use our site. Here you can find out more about our cookie policyOKNoRead more